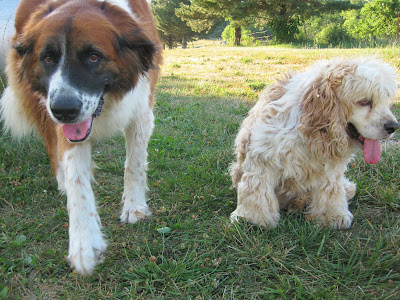 Sometimes you make connections in ways you don't expect. My husband was reading the news on line this morning and found an obituary for the father of a friend of mine, from college. We'd lost track of each other for more than forty years. I still think about her ever so often, probably because of the time of life that we met. We were both teenagers just out of high school and really excited about being on our own, out in the big world. And, like all young people that age, we had no idea how short that time was. We'd always been young so what could happen?

I didn't know that the reason she wasn't at school the next semester was because she'd transferred to the Arts Institute in Kansas City, quite a prestigious school here in the Midwest. She never said goodbye. She was just gone. So, again in that way that the very young have, I went on with my life. I adjusted. But I never forgot about her either. For a brief time we were best friends, together every free moment, probably because the world was bigger than we thought it was going to be. It was much easier to deal with the unexpected attention we got as young girls when we could come back to her room and hide for a while to talk about it and reassure each other.

I sent her a letter on line giving her my condolences for loosing her Dad, a very nice person. I'd met him when I went home with her for my first Thanksgiving away from my home. I remember him being very intelligent, kind, funny and obviously very proud of his talented daughter. Her relationship with her parents was quite different than mine, so I went home with new ideas about how families were supposed to be. It was one of my first experiences in the home of another adult friend and quite an eye opener for me. Her family gave me a new direction. I was going to learn how families, healthy families, were supposed to function. I'd known at a deep level for a long time that my nuclear family was not an ideal situation. 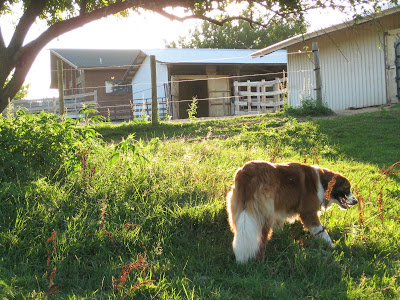 I'm not going to dwell here on my own past. I don't identify myself with it anymore. But I will say that it was the first time that I made a truly adult decision to break the patterns that I had been raised in. My path had changed because of one long weekend in a small town, at her house. I was going to learn how to be my own person.

When that relationship ended so quickly, I was devastated, but only for a short time. It was the sixties and everything was changing...the whole world was turning upside down, or at least it seemed that way. It was a time to experiment in ways that hadn't happened before. I was going to walk the path of the artist, so I jumped in head first and never looked back. I grew my hair out until it hit the backs of my knees, found my best friend and moved in with him and his roommate.

You're wondering where this is taking you, what it has to do with horses. One of the few things that I decided to carry on to my "new path" was my love for animals. You see, they never lied to me. Their respect for me, their love for me was real. An animal...dog, horse, cat, birds...has no hidden itinerary. They either like you or they don't. And that was what I was looking for, that honesty and loyalty. It was another way of making my own patterns. Their truth became my truth. They existed in the here and now, living as they were in that moment.

That doesn't mean they didn't have memories of the past. They do, and those experiences made it easier for them to make better decisions in their present. It's a model I'm still following. My job is to improve, to make my better into my best. Their job is to be my partner. The best part of that relationship is, aside from the endless opportunities to grow, learn, change...to be better, healthier physically, mentally, emotionally, is the time I spend with them.

My horse is a true reflection of who I am. I can't avoid it. They become who I am every single day. And when I'm incongruent because I forget and try to "put on a false face" (one of the old patterns I grew up with), they turn and walk away. It's as simple as that. Horses can be very blunt. 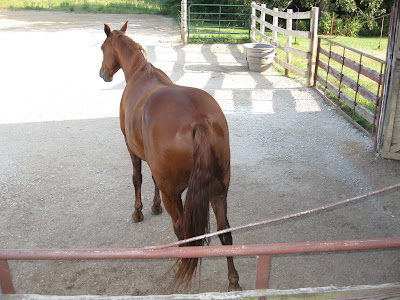 You can't flim flam a horse. "Horses teach humans and humans teach horses." Eight Principals of Horse-Man-Ship. You see where I'm taking you?

Part of my rediscovery of who I want to be instead of who I was "supposed to be" has taken me into places I didn't know were there...inside myself. I've at last found a group, an organization, that I can be a part of that has no hidden agenda. It isn't hard for me to say "I am Parelli" anymore. It's become a philosophy. I"m doing my best to take it in to every part of my life. They've said that their goal is to make a better world for horses AND humans. Today some part of that idea clicked into my new path, one of my new patterns and I got it.

I have no doubt that there will be all kinds of curves, hills, dips and maybe even mountains and canyons for me to deal with. And I can't wait! Not one day has been dull since I've started my life with horses. I will have all kinds of questions to answer, lessons to learn and patterns to follow. It's an opportunity for never ending self improvement. 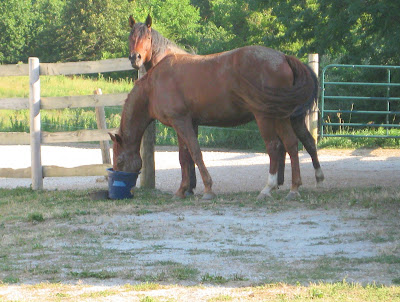 I remember driving home from my Friend's house. It wasn't that long a drive but it seemed to go on and on to me. We didn't talk much, probably because we were both tired. She fell asleep while I drove and thought about our weekend. It was such an important beginning for me.

I never had a chance to tell her folks how much I appreciated that weekend, well at least not in any profound way. I wrote a nice thank you note the way that my Grandmother had taught me. But I never told them about the change in me, probably because I thought there was plenty of time to do that later. Time is endless when you're young, and that's the way it should be too or we wouldn't take our leaps and make our changes. I can't regret what I couldn't help. Life makes unexpected jumps sometimes.

Today I had a chance to close a circle by writing to her and her Mom. She's "friend-ed" me on Facebook so I'm looking forward to getting to know her again, to catch up. I've had a chance to, at last, say my thank you for starting me down a better path just by being who they were as a family.

I can't wait for tomorrow! Even better, I love where I am right now!

I am, ever yours, Nancy, smiling and pondering the way things go